His search had taken him over many years to the far corners of the world. He had been in small town and in the capitals of powerful nations.

He had spoken with many managers: with government administrators and military officers, construction superintendents and corporate executives, university presidents and shop foreman, utility supervisors and foundation directors, with the managers of shops and stores, of restaurants, banks and hotels, with men and women —young and old—.

He had gone into every kind of office, large and small, luxurious and sparse, with windows and without.

He was beginning to see the full spectrum of how people manage people. But he wasn’t always pleased with what he saw.

He had seen many “tough” managers whose organizations seemed to win while their people lost.

Some of their superiors thought they were good managers. Many of their subordinates thought otherwise.

As the man sat in each of these “tough people’s” offices, he asked, “what kind of a manager would you say you are”?

Their answers varied only slightly: “I’m an autocratic manager —I keep on top of the situations”—, he was told. “A bottom–line manager”. “Hard–nosed”. “Realistic”. “Profit–minded”.

He heard the pride in their voices and their interest in results.

The man also met many “nice” managers whose people seemed to win while their organizations lost.

Some of the people who reported to them thought they were good managers. Those to whom they reported had their doubts.

As the man sat and listened to these “nice” people answer the same question, he heard: “I’m a democratic manager”. “Participative”. “Supportive”. “Considerate”. “Humanistic”.

He heard the pride in their voices and their interest in people.

But he was disturbed. It was as though most managers in the world were primarily interested either in results or in people.

The young man thought each of these managers —the “tough” autocrat and the “nice” democrat— were only partially effective. “It’s like being half a manager”, he thought.

He turned home tired and discouraged.

He might have given up his search long ago, but he had one great advantage. He knew exactly what he was looking for.

“Effective managers”, he thought, “manage themselves and the people they work with so that both the organization and the people profit from their presence”. 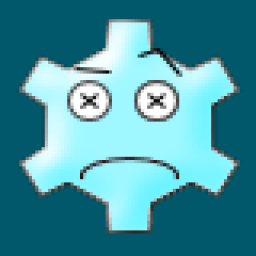